There is a lot of excitement around Non-Fungible Tokens (NFT) lately, and with so much activity going on it's hard to get a handle on what's going on in the space. To that end we're announcing plans for the Homebrew.Finance Collectible $MUG NFT Collection, an market-weighted index fund of NFT-related tokens.

To determine the allocation of funds for the MUG Set we will be using the Market Cap rankings given by the Coingecko NFT category listings. (Snapshot 2/15/20 2230 GMT)

* FLOW is not an ERC20 token, so fund percentage is remaining in wETH until holders can vote on redistribution policy.

The MUG Set has been deployed. In order to facilitate deposits, we are leaving the Set with wETH as its only underlying component. (If you need wETH, you can use your favorite AMM.) After 48 hours, on or after Friday Feb. 19, we will update the snapshot above and begin trading funds into the per the updated allocations.

The following is provided as reference cost to enter a position:

SetProtocol has two issuance modules: basic, and NAV. In order for NAV to work, all tokens within the set need to be supported via the protocol's oracles. Since none of the NTF Index tokens have oracle support, no one would be able to issue or redeem set shares once we have deployed our trades. For basic issuance to work, a user will need all of the Set's components in the proper ratio to issue MUG tokens. This requires multiple approvals and defeats the purpose of having a Set in the first place. However, it will allow MUG holders to exit their position for the underlying tokens if they so wish.

To facilitate additional participants in the future, we plan on a liquidating the Set's positions back to wETH in approximately one month to allow additional depositors. Our initial proposal is to to remain in wETH for a 24 hour period before taking another snapshot and redeploying funds again. Additional deposit periods may be performed on a regular schedule, to be determined by MUG holders via a voting mechanism.

MUG will use a two percent annual streaming fee accrued to the Set Brewmaster Blockchain Man. The fee accrues as Set inflation, and while the accrue fee function can be called by anyone, it will only be called by the Brewmaster directly during the issuance periods described above.

Control of the MUG Set is ultimately under control of the Brewmaster. After deployment, we will use a Snapshot.Page to allow MUG holders to propose changes to the protocol described above, whether to the rebalance periods, issuance periods, or even a change to how the makeup of the fund is determined. Eventually, we anticipate staking contracts will be made available for MUG holders to earn Homebrew's BREW governance token as we work toward full DAO governance. 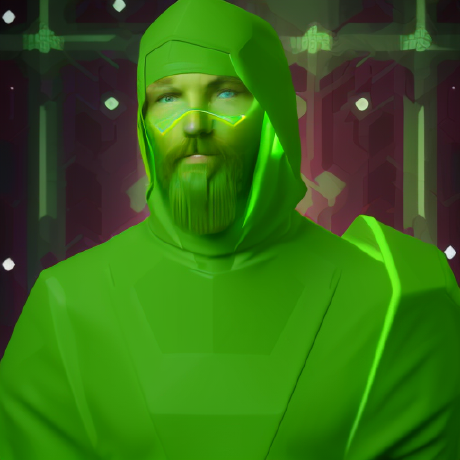